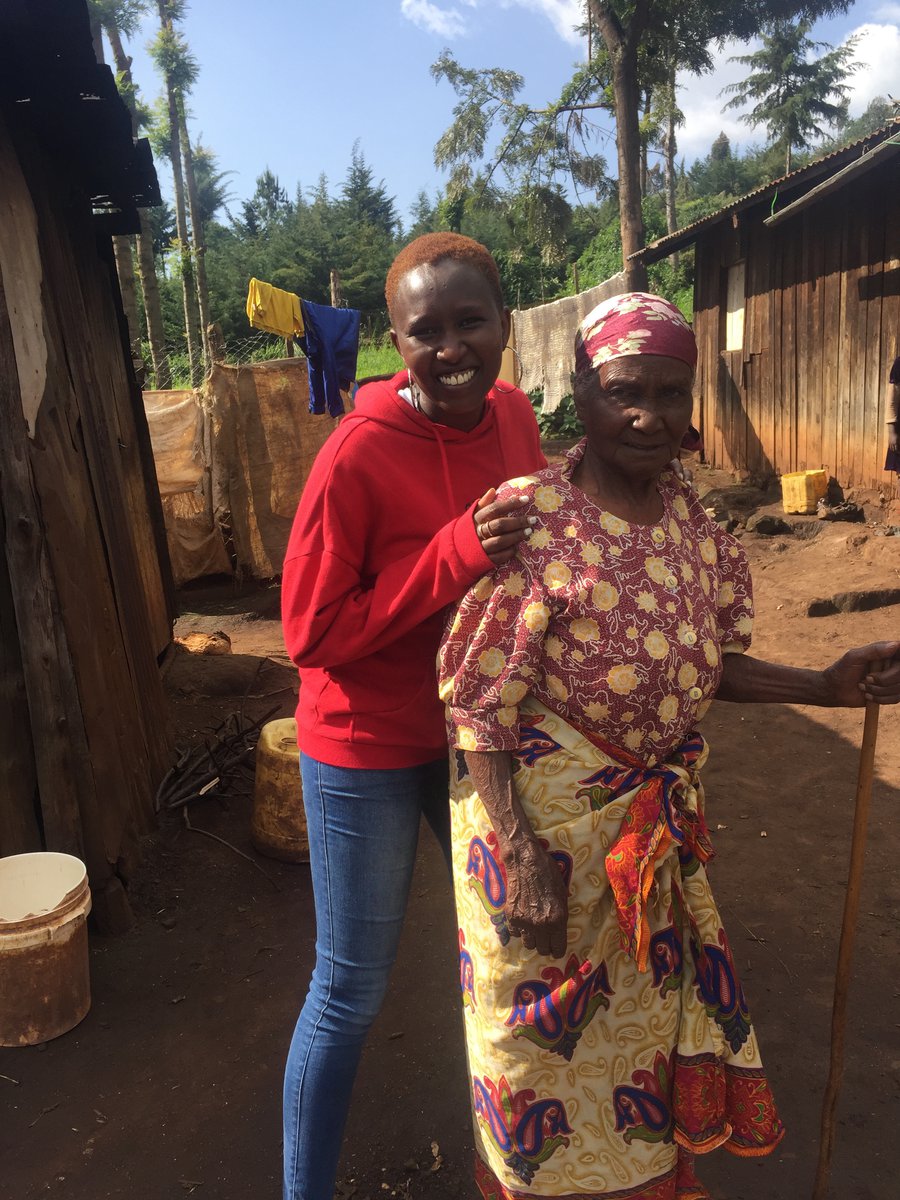 Why getting the perspective of mentors in different countries is so helpful.

Cera Muchiri thinks of her early childhood as idyllic, not impoverished. Her memories of growing up on a farm in northern Kenya’s Rift Valley are happy, of dancing through her family’s fields barefoot in the village of Londiani. “It was amazing,” she said. “I was that kid with no shoes running to school, walking around half-naked. It’s just the way we did it. I didn’t know I was poor until I moved to the city.”

She moved to the city because a civil war came for her home, bombed in battles between tribes. “I went from this perfect childhood to nothing,” she says. “That’s when I got to really experience what poverty is.”

Muchiri’s family moved to the slums of Nairobi, a place few youngsters ever escaped. But she had an unquenchable desire to emerge from her state. When she finished high school without strong enough grades to enter college, she went back and took her classes again. She was the only member of her family to learn to read and write, as her mother cleaned houses to support Cera’s dreams of going to college. “Education is the only way out,” she told her daughter. After her second round of high school, Muchiri made it to the University of Nairobi, an institution she had ridden by each day on the bus, for years.

More than a decade later, the girl from the slums of Nairobi was accepted into the international development program at the University of California Los Angeles, where she hatched a plan to bring entrepreneurship back to her native country and lift her people from poverty. She spent months researching opportunities with a clear focus on what might help African workers deploy their skills to more lucrative endeavors than picking cotton and butchering cattle. And she founded Ecodunia, a social enterprise that makes cloth grocery bags and handmade leather goods, both to add value to the production of her country’s natural resources but also to provide sustainable, high wage jobs to Kenyans. The catch?

“I knew nothing about business,” she says.

So Muchiri studied that too, traveling back to Nairobi, where she learned of a women’s group three hours from the city where other female entrepreneurs shared ideas. She committed to six weeks of all-day Saturday sessions, three hours each way by bus. When she told the group about her idea for Ecodunia, one of the women looked at her, and said “I know where you’re going to get help.”

This woman had started a tiny chicken business in Mt. Kenya, and she had stumbled upon an international organization called MicroMentor, where she found a mentor who knew everything there was to know about raising and selling chickens. He was in India. In the coming year, “she went from like five chickens to thousands of chickens,” Muchiri says. “She had one of the biggest chicken businesses in Kenya. And she said she could not have done it if it wasn’t for this guy in India. I was like ‘How much did you pay him?’ She was like, ‘nothing.’”

Muchiri was sold, and as soon as she got back to Nairobi that night she was searching for a mentor of her own. She found Eric, a Florida entrepreneur, who insisted on a rigorous application to be completed 48 hours before their introductory call, to give him time to review it. Just answering Eric’s questions gave Muchiri clarity, about her business plan, her goals, the way forward. On their call, Eric made a promise to his new mentee. “I am going to help you get your first sale.”

Over the next year, though they were thousands of miles apart, Eric taught Muchiri everything she could possibly want to know about building her business. When suspicious algorithms of social media platforms like Instagram and Facebook kept blocking her accounts because they originated in Africa, Eric convinced Muchiri to move back to the states. Her plan was to visit high-end retail shops across California and get her products onto their shelves. Then COVID hit, and the brick-and-mortar market ground to a halt. “So I called Eric. I was like ‘What am I going to do? Should I got to the farmer’s markets?’ And Eric was like ‘I don’t think that’s what you should do. I think this is a really important place to pivot, and just become an online business. Put your heart into learning how to do Google ads, Facebook marketing. That’s the future.’”

Eric and Muchiri have never met, face to face. Much of their interactions have spanned continents. Having a mentor in a different country meant Muchiri could learn how to access one of the world’s largest markets without actually living in it.