Only registered users can perform this action

Set up and Planning

Refer Christopher Baaden to a Colleague

Share this profile with a friend or colleague. We'll include a direct link to this person's profile along with your Personal Message. Thanks! 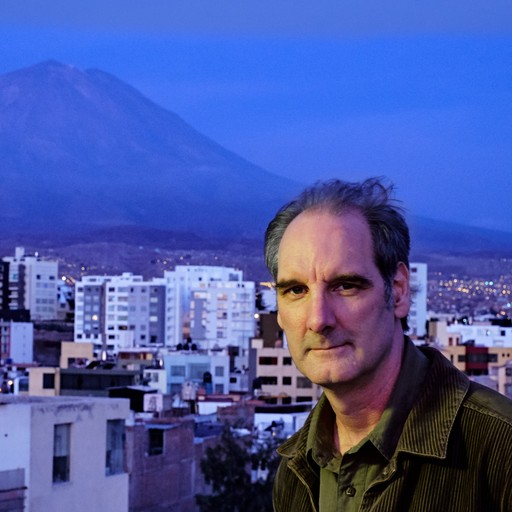 My background as an entrepreneur

Generally speaking, I feel my biggest challenge at the moment is knowing how to move forward from having thoroughly researched my idea, to building on the existing strategy I’ve conceived to fill in the important missing pieces, and then implementing that strategy by changing from a planning to action stage. In general, I feel that it’s better to start with what you have and make adjustments along the way since life/business is subject to changes that come about due to things beyond our control, everything is always in a constant state of change, and nothing ever goes as planned. No product/service is ever perfect or ‘done’ and so that shouldn’t be an excuse for not taking action. Plans sometimes need to be adjusted based on current circumstances. But my gut tells me I should at least have an idea of the two missing strategic pieces before moving forward as they will have a large impact on the potential success of my first “action” step.

The two important strategic elements I feel that are currently missing and should be considered before moving to the implementation stage are having something of a “team” in place, and at least a general idea of financing.

Having a product and securing a source(s) for the product is the first non-planning action step I should take. Without having secured a product there is no business. I have a list of 20 potential suppliers who I’ve researched that fit my currently known requirements. I’m sure there are more sources I haven’t discovered yet, and there are literally hundreds if I want to lower my standards, just sell wine, and ignore my ideas as far as branding, target market, etc.

Finding a partner and figuring out the best way to finance this are the two challenges where I feel I could most benefit from guidance. Having at a minimum an idea on these will give me more confidence when approaching potential suppliers. How to approach potential suppliers is one of the strategic pieces I’m missing. The same with how to approach any potential partner. How I plan to finance plays a part in both.

I can go into greater detail on why I feel I need to have a partner, but the short version is that I’m not a wine expert, and being located in Argentina suggests it would be a good idea to have someone with skin in the game located in the US to help handle things (‘problems’) that arise. I also like the idea of having someone who possesses strengths where I may be lacking and someoneI can bounce ideas off of. I have ideas as to the type of person and at least one suggestion as to who I’d like to approach. I also have some general thoughts and ideas on the subject of financing, but I don’t feel as confident about them as I do other aspects.

In a way I feel that at minimum having an idea about the “team” and financing will play a part when I talk with potential suppliers as it’s logical for any supplier being approached and asked not just to wholesale widgets, but to do business with someone who wants to represent their product in a foreign market and include them as part of my marketing strategy, for them to want to know who all is involved and how realistic I am. Am I just another expat gringo with a pie-in-the-sky idea and nothing more, or do I have a plan, a team, and financial backing to make this something they’d want to participate in?

Finding answers to certain questions and general research is fairly simple. I’ve come across the pitch deck of one of the main competitors which is full of relevant information, and confirms and supplements much of the other research I’ve conducted. I have at minimum general thoughts/ideas on the things where I feel weakest, but lack the confidence to know what is best and where/how I should direct my energies. This is the strategic advice I am looking for.

Where I generally feel strong is with the overall concept, branding, understanding my target market, and what general marketing channels are best utilized to reach this market. However, my marketing knowledge is more general than specific when it comes to reaching this market through digital marketing, social media, influencers, etc. This isn’t a great concern as I feel the specifics can be outsourced to experts in those fields.

Other concerns are how to best structure this (within the complicated confines of anything having to do with alcohol sales in the US) as a legal entity and within, between partners, equity division, etc.. But to me that is an easier nut to crack so it's nothing I'm overly concerned with not being able to figure out.

Research - on the market as a whole, my target market, potential suppliers, competitors, legal/regulations, compliance, logistics, order fulfillment, ideas for branding, marketing, (types of) people I could see approaching with ideas of partnership, and a way to generate an email list of potential customers as well as generate initial sales.

Using the SCORE Business Plan Template for a Startup Business I’ve completed the SWOT analysis and have a partially completed business plan.

I would like to start taking this from a concept and planning stage to where things are actually being implemented.

I would like for this venture to not only survive, but to thrive. Not just financially, but as a way to contribute to those affiliated with the venture and who share common values by contributing to the achievement of their particular goals, even if only in a small way. Being an impact company, I would like for the company to be able to create its desired impact.

I would like to grow from modest beginnings, with viability and health always being a main concern, but not the only concern. I’m in favor of growth, but I wouldn’t want to grow past a point where the values and identity of the venture have to drastically change.

I’m a believer in the idea that the only constant is change, so I’m open to my future goals changing either because of my own (future) desires changing, or because partners and/or investors have different goals that would need to be taken into consideration. However, at a minimum it’s important to me that any partner have like minded values and it would be helpful for any potential investors to also share in the company’s values as a large part of the brand is shared values from the producer all the way through to the consumer.

I think it’s important to consider the future, but I try to stay focused on the present and near future.

My motivations to work with a mentor

If I needed only one motivation it would be that studies show that new businesses utilizing the knowledge of a mentor have greater chances to succeed than those who don’t.

To be more detailed, there are times I have a general feeling that I know enough to have an idea, and ideas about how things should be done, but do not actually know enough to know how to best pull it off and make it a reality. The intensity of this feeling depends on my knowledge of a particular subject.

I would like to think of this as self-awareness and knowing enough to know that I don't know enough.

In the past I was content to learn through experience/mistakes, but with this venture I would like to minimize both mistakes made and the time spent making those mistakes. Knowing what doesn’t work can be useful as far as not repeating mistakes, but it’s nowhere near as useful as knowing what works so that those actions can be repeated for continued success.

A mentor who could help steer me in the proper direction would likely help in minimizing those mistakes and wasted time. There are things I will joyfully spend countless hours researching/doing in order to increase my skill set, but frankly there are things where I would just rather know the best way to go about something without having to make that same time investment so it can be spent elsewhere. It's not that I'm unwilling to put in the time and effort to research; I'm just hoping I can be pointed in the right direction on those things I’m less sure of since there are so many potential options.

My most recent business as an interiors photographer was a sole proprietorship, but in the past I've run a couple of ventures with partners where I felt I benefited from having someone to bounce ideas off of and share responsibilities with. I'm aware a mentor doesn't share in the responsibilities, but I think both I and the venture would benefit from the expert experience based opinions a mentor could provide.

I’m an American expat who has recently moved to Argentina after living elsewhere in S. America for 10 years. Argentina is the sixth largest wine producing country, the largest in S. America, and known for the high quality of its wines.

My general idea is to create a US based impact company to import wine, bypass the traditional ‘Three Tier System’ of distribution, create an online Shopify platform, and sell Direct to Consumers. More specifically, wines will be packaged using a 3 liter ‘Bag in Box.’ Branding and marketing will focus on environmental sustainability, quality of ingredients and production methods, and the shared values of the producers, distributor (me) and the final customer.

I see myself handling certain tasks and acting in an overall facilitator role – to create something between people with mutual interests where the whole is not only greater than the sum of its parts, but exists only because of this effort to make it happen.

Set up and Planning

My Venture is to provide Agric wholesale and retail outlet to retailers and final consumers to increase the consumption of natural foods than junk foods, it's a venture where by through our website and offline outlet they can order and shop for natural Agric Products which will be packaged and …

I am a licensed hairstylist looking to branch out a bit more than client base services. My goal is to start a natural and chemical free product for both hair and skin, to satisfy the needs of people suffering from sensitivities from products that are loaded with chemicals. My goal …

MicroMentor is the world’s largest community of entrepreneurs and volunteer business mentors.